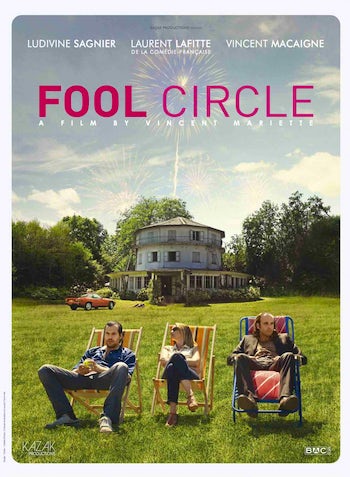 It’s only because one day Leon, a failed pro-tennis player on the brink of divorce calls his brother Bruno, a CEO suffering from a nervous disorder, with news that their estranged father Arthur has passed away that they return to the small town of their youth. In front of the crematorium: no sign of a funeral but they meet Chloé, a mysterious young woman claiming to be their step-sister. They soon learn that Arthur has not in fact died but vanished into thin air. Leon and Bruno agree to join Chloé’s search and so begins a colourful adventure as the three take off in a red Porsche.