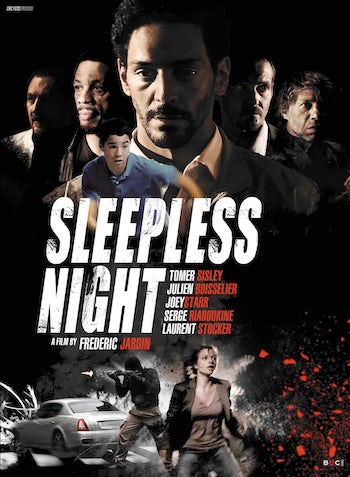 Vincent is meant to be one of the best cops in town. But during a police operation he steals a big bag of cocaine from the drug dealers he was tracking. They counterattack by kidnapping his son and threaten to kill him if Vincent doesn’t return the bag. As Vincent meets them at their headquarters in a big nightclub in the outskirts of Paris, he soon gets caught into a spiral of madness. Lost in the dark corridors of that gigantic club, Vincent will have to fight against some enemies he never knew. The night to come might not only be the longest but also the last one of his life.